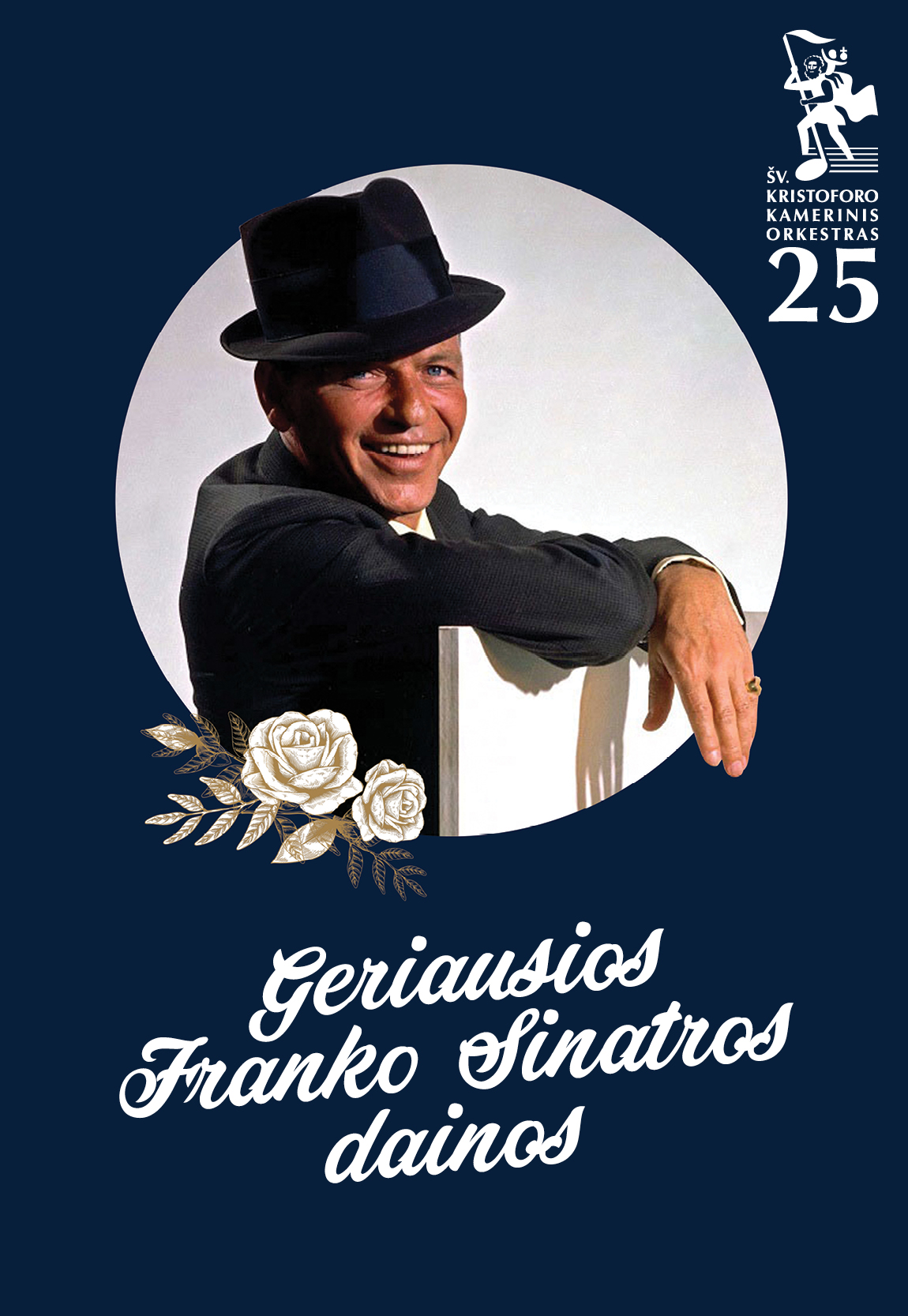 Most beautiful songs by Frank Sinatra in a fresh way!

Frank Sinatra – a person most probably known by all. His exceptional vocal, simple and at the same time genial songs are significant part of today‘s world. Acclaimed by critics as the best singer of 20th Century, he lives on through his performed music.

This time, remarkably similar to Frank Sinatra will sing a young, ambitious, incredibly talented singer Martynas Vilius. He has already warmed up performing with other orchestras of Lithuania and now will perform with St. Christopher Chamber Orchestra, conducted by Chief Conductor and Artistic Director Modestas Barkauskas. The most beautiful hits of F. Sinatra will be performed in a completely fresh way – special arrangements for the songs were made by Tomas Petrikis. It is a classy concert to all fans of Frank Sinatra and American music.