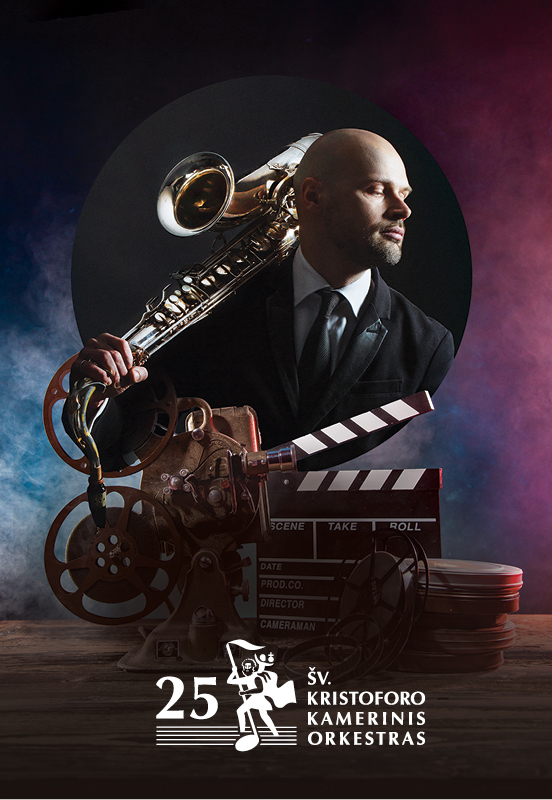 What are legendary movies? That are a timeless movies that doesn’t age in sense of time, storyline ore genre. Their heroes are known by all generations. No less are known the composers of such music. Most people from the first chords recognizes the melodies of the genius Italian composer Nino Rotta created for the film “The Godfather”, “The Godfather II”, “The Death on the Nile” by Agatha Kristi, and many other legendary films. No less are known Roberto Molinelli and Ennio Morricone, who were awarded with many rewards for movie music. To this day Morricone’s an amazing, enchanting melody of the movies “Once upon a time in America”, “Malena “, Roberto Molinelli beautiful piece “Four pictures of New York” awakens imagination and on the paths of memories leads back to the past.

The specially adopted for the saxophone melodies of theses Italian musical geniuses, will be performed by Kęstutis Vaiginis. Masterful and mature younger generation jazzman – saxophonist, composer and band leader. The soprano and tenor saxophone, as well as the flute playing musician is distinguished by a transparent controlled sound, lyricism and emotionality.