The Vilnius City Municipality St. Christopher Chamber Orchestra (artistic director and chief conductor – Modestas Barkauskas, honorary conductor – Donatas Katkus) is a collective widely known for its universality, professionalism, and artistic imagination. The orchestra is an eagerly awaited guest not just in prestigious concert halls in Lithuania and abroad, such as the Théâtre des Champs-Élysées in Paris, the Harpa in Reikjavik, the Berwaldhallen in Stockholm, at the UNESCO headquarters in Paris, or the Royal Palace in Warsaw, St Petersburg’s M. Glinka Hall, or Moscow’s P. Tchaikovsky’s Conservatory, but also in less predictable places like outdoor stages or even sand quarries…read more

“The St. Christopher Chamber Orchestra’s flexibility in contemporary music performance is one of the collective’s stand-out features. This has been noted not just by Lithuanian composers, but by artists and audiences from other countries as well. This collective presents original programs probably more often than any other group”.

“But the most eye-catching event was last Friday‘s, when Portuguese pianist Maria João Pires appeared with Russian virtuoso violinist Maxim Vengerov, alongside the youthful and very impressive St. Christopher Chamber Orchestra from the Lithuanian capital Vilnius”. 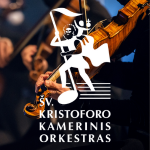 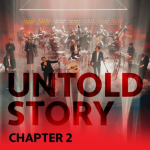 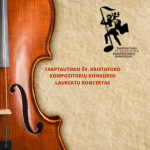 THE CONCERT OF THE WINNERS OF THE INTERNATIONAL ST. CHRISTOPHER COMPOSER COMPETITION 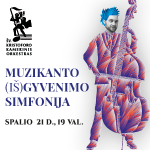 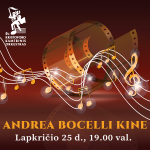 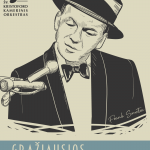 Most beautiful songs of Frank Sinatra

WHILE WAITING FOR CHRISTMAS