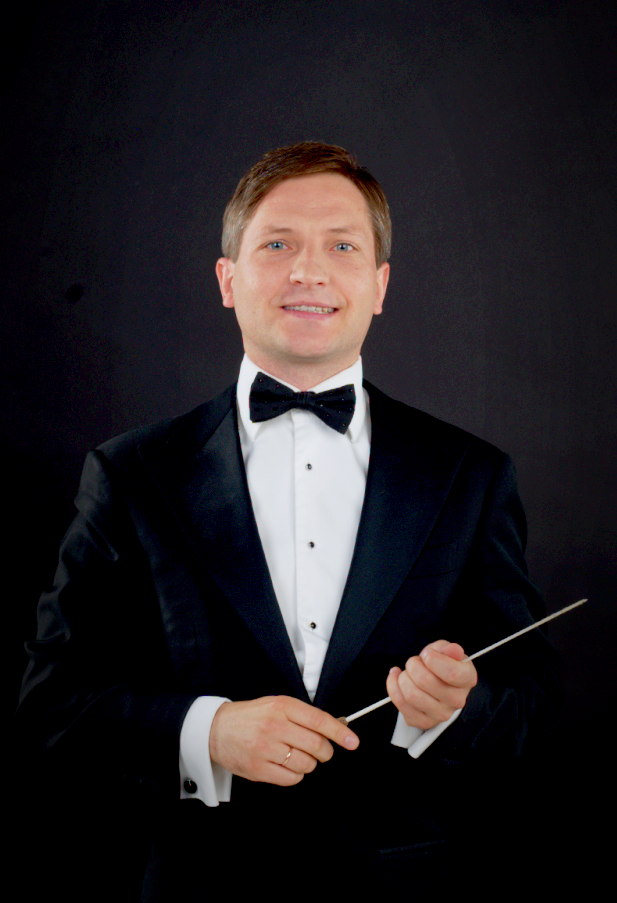 In 2009, the conductor had his debut in Klaipėda State Musical Theatre. He conducts there G. Verdi Traviata, G. Rossini The Barber of Seville, J. Strauss operetta The Bat, ballet Straussiana and etc. In 2012 M. Barkauskas had his debut at the Lithuanian National Opera and Ballet Theatre. He conducts such ballets as Tristan and Iseult (music by R. Wagner), S. Prokofiev Romeo and Juliet, P. Tchaikovsky The Nutcracker, G. Donizetti opera The Elixir of Love. He is also artistic director and conductor of new spectacles – ballets Carmen (to the music of G. Bizet) and Bolero +.

From 2008 M. Barkauskas is the Artistic Director and Conductor of Vilnius Balys Dvarionas 10 Year Music School Youth Symphony Orchestra. From 2013, he teaches at Lithuanian Music and Theatre Academy in Conducting, Singing and Choral Conducting Departments.

In 2016 Modestas Barkauskas was acknowledged as the best young artist and awarded with a Golden Stage Cross, the most prestigious Lithuanian theatre award. In 2017 November in Katowice (Poland) Modestas Barkauskas won the 3rd Prize, bronze baton and the prize of 15 000 € in a prestigious the X Grzegorz Fitelberg International Competition for Conductors. 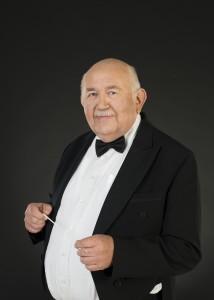 In 1960 he finished Kaunas Secondary Music School (now-J. Naujalis Music School), the viola specialty with E. Satkevičius. In 1960 he entered the Lithuanian Conservatoire, the class of Prof. Fledžinskas. There he started performing actively  both as a soloist and a quartet member. In 1963 he was awarded a diploma at All-union Competition in Leningrad. In 1963 he founded the Section of Young Musicians at the Artists‘ Palace, the Lithuanian Theatrical Society. There he organised and played in the Chamber Orchestra under the baton of Jonas Aleksa. In 1965 he launched  a string quartet later named the Vilnius String Quartet. In 1968 he became a post-graduate student of philosophy at Vilnius University, but he did not complete the thesis. In 1968 together with the Vilnius String Quartet  he entered the post-graduate courses of Moscow Tchaikovsky Conservatoire, the class of Prof. A. G. Grigoryan, where he studied with V. N. Gvozdecki.

As a member of the quartet he took part in a number of competitions and in 1972 the quartet was awarded the right to participate in the International Liege (Belgium) Quartet Competition where they earned the first prize. This was the beginning of  very intense concert activities-as a member of the quartet he performed in the whole of Europe, the Soviet Union, prestigious international festivals, Asia, South America and Africa. The quartet has amassed a considerable repertoire, was constantly engaged in premiering works of Lithuanian composers as well as  presenting foreign composers to the Lithuanian audience. Katkus has also launched festivals of chamber and quartet music in Vilnius and concert cycles in other Lithuanian towns.

For example, in a 17-concert cycle the quartet has played all quartets by Haydn (according to the opinion of  that time, there were 83compositions, not 76 ). Together with the Vilnius Quartet Katkus gave over 1500 concerts, made 20 discs as well as  recordings at Moscow, Stockholm, Linz, Helsinki, Hilversum etc. radio studios.

In 1994 Katkus founded the St. Christopher Chamber Orchestra under the aegis of Vilnius Municipality. The orchestra is noted for its enormous stylistic universality; it has premiered over 100 Lithuanian and a great number of foreign compositions. The orchestra  has won an impressive foreign acclaim; it has made frequent appearances in  the Theatre des Champs-Elisee, Paris, the Saint Petersburg Philharmonic, the Royal Palace, Sweden, the Berlin Schauspielhaus, the Harpa, Island,  in Avinjon and other festivals as well as in Denmark, Sweden, Finland  , Spain, Germany, Russia etc. The CDs of the orchestra(over 45) are released by Naxos(US), Dutton (UK), BIS(Sweden), EA(France), Ambitus (Germany) etc.

Katkus embarked upon his pedagogical career when a student. In 1964 he was invited to join Vilnius Children Music School No. 1(now B. Dvarionas Music School)as head of the orchestra division, and in 1968 he offered chamber ensemble and quartet courses at the Lithuanian Conservatoire(now the Lithuanian Academy of Music and Theatre). In 1983 he became an associate professor, and in 1996, professor. Katkus has given master classes in Finland, Spain, and Denmark. In 1994-99  he was professor at the Collegium Musicum Summer Academy in Pommersfelden, Germany. A number of outstanding musicians have studied with Katkus; his students play in all Lithuanian orchestras, as well as in the orchestras of Canada, USA, Israel, Germany, Sweden , etc. while the Kaunas Quartet  is actively engaged in the musical activities of Kaunas and has earned international recognition.

Donatas Katkus is the winner of the National Award of Culture and Arts in 1986, and of the Lithuanian National Award of Culture and Arts in 2001. In 2003 he was awarded the Officer‘s Cross of the Gediminas Order; in 2012, the Cross of  the Commander of  the Order ‘For Services Rendered to Lithuania‘; the WIPO Creativity Award in 2003; in 2012,  the honorary insignia of the Ministry of Culture ‘Carry your Light and Believe‘; in 2012, the Čiurlionis Prize , the Lithuanian Composers‘ Union; in 2013, the medal for the services rendered to the City of Vilnius, and in 2014, the Concord prize.