The Vilnius City Municipality St. Christopher Chamber Orchestra (artistic director and chief conductor – Modestas Barkauskas, honorary conductor – Donatas Katkus) is a collective widely known for its universality, professionalism, and artistic imagination. The orchestra is an eagerly awaited guest not just in prestigious concert halls in Lithuania and abroad, such as the Théâtre des Champs-Élysées in Paris, the Harpa in Reikjavik, the Berwaldhallen in Stockholm, at the UNESCO headquarters in Paris, or the Royal Palace in Warsaw, St Petersburg’s M. Glinka Hall, or Moscow’s P. Tchaikovsky’s Conservatory, but also in less predictable places like outdoor stages or even sand quarries…

The orchestra was formed in 1994 by the initiative of Prof. Donatas Katkus, its artistic director and conductor, who at first envisaged creating a baroque orchestra. At the time there were few ensembles in Lithuania who were dedicated to performing music of this era, and the director was guided by the principles of the Russian romantic school for its interpretation. Talented, young Vilnius musicians from various orchestras in Vilnius gathered at the first rehearsals of this new collective and held their first concerts in February of that same year. In 1995 they took the name of St. Christopher – the patron saint of Vilnius and travellers; Mons. Kazimieras Vasiliauskas blessed the orchestra at the Vilnius Archcathedral. That same year, D. Katkus started the Christopher Summer Festival, in which the orchestra’s programmes featured prominently. At first playing music by Italians A. Corelli, A. Vivaldi, T. Albinoni and other baroque composers, the orchestra soon took to interpreting the music of contemporary Lithuanian composers. In 1995 the orchestra prepared the mammoth cycle by B. Kutavičius “Gates of Jerusalem”, and the following year during its first tour to Poland, at the festival Wratislavia Cantans, alongside Vivaldi’s “Gloria” they performed not only Kutavičius’ cycle, but also premiered “Requiem in memoriam Stasys Lozoraitis” by O. Balakauskas. K. Pendereckis who attended the concert made an excellent appraisal of not just Lithuanian music, but was left immensely impressed by the young orchestra’s masterfullness as well. The collective also received words of praise from the American conductor D. Russell Davis, who conducted the orchestra during its first year at a concert in Vilnius. It wasn’t long before the St. Christopher Chamber Orchestra received an invitation to record three CDs for America’s Fleur de Son. There, under the baton of the Israeli and American conductor Arie Lipsky the orchestra recorded all of F. Schubert’s overtures, compositions by the contemporary composer R. Sierra, and M. Bruch’s concertos, played by Canadian violinist Jacques Israelievitch (in this particular recording we can also hear the last viola solo to have been played by the orchestra’s director, D. Katkus).

Many have noted that the St. Christopher Chamber Orchestra stands out from other collectives in Lithuania for its special stylistic universality. Having earned the reputation of a “baroque orchestra” and the reviver of rare partitures, musicologists have termed the orchestra “an excellent base for all of Lithuania’s composers’ conceptions”. Today its repertoire boasts over thirty opuses by Lithuanian authors: from early music to works by students from the Lithuanian Academy of Music. The orchestra has performed almost all of the string pieces F. Bajoras, B. Kutavičius and O. Balakauskas. It gives no less attention to the music of contemporary foreign composers, playing works by P. Vasks, E.-S. Tüür, J. McCabe, Shin, A. Ruoff, R. Sierra and other composers. 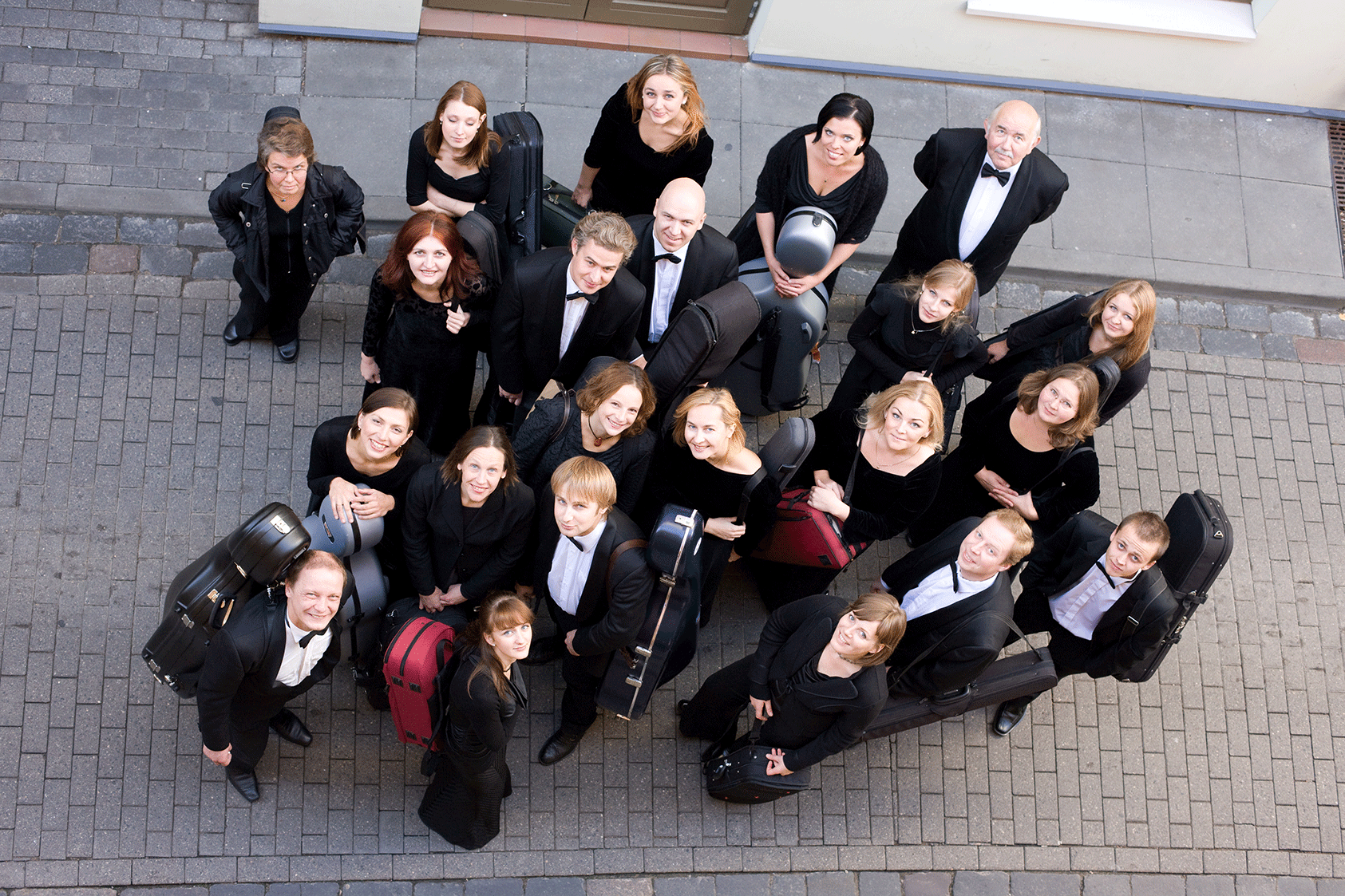